SOLAR POWER WORK ON A CLOUDY DAY, AT NIGHT, OR WHEN THERE IS SNOW

Home / SOLAR POWER WORK ON A CLOUDY DAY, AT NIGHT, OR WHEN THERE IS SNOW 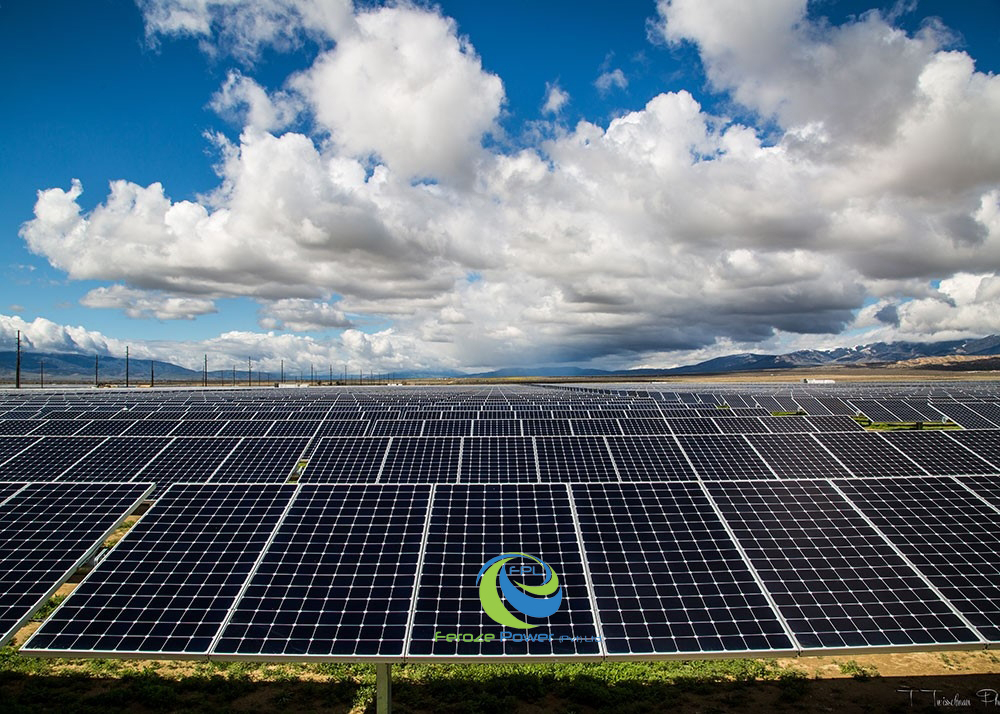 SOLAR POWER WORK ON A CLOUDY DAY, AT NIGHT, OR WHEN THERE IS SNOW

Have you ever wondered: do solar panels work on a cloudy day? Its just as difficult to understand how  solar panels work even on sunny days! With the sun ninety three million miles away how does its light manage to generate electricity here on earth?

Travelling at the speed of light, light particles, called photons, fly off the surface of the sun. They stream across the vacuum of empty space reaching the earth 8 minutes and twenty seconds later.

When these photons hit electrons in the silicon cells of your solar panel, they initiate a flow of electric current. This current feeds into your main electric panel, supplying clean renewable energy to run your home.

Do the solar panels on a house need to face a specific direction?

Living in the northern hemisphere, the path of the sun is on the south side of your house. So, what happens if my house doesn’t face exactly south? Your solar company will first visit your house to give you a free solar assessment. This will determine where the panels should best be situated to produce maximum solar output. They will then install the panels tilting and angling them to face the sun as accurately as possible. The sun’s path varies in height according to latitude, so this is also a factor when positioning the panels.

Will they still work in cloudy weather?

In order for the panels to work as efficiently as possible they ideally need clear bright weather with unobstructed sunlight. So, do solar panels work on a cloudy day as well?

With the sunlight falling directly on to the panel surfaces, the photovoltaic cells will be delivering peak output. This doesn’t mean, however, that the current will simply stop flowing when it gets cloudy. While clouds do mean reduced power output, the panels will still be working for you.

What type of light do the panels use to create electricity?

Sunlight as we know from looking at the rainbow, is not pure light. It is made up of a combination of different colors. with long red rays at the one end of the visible spectrum to the shorter blue at the other end. Panels can absorb light right across this visible range. In addition, they can absorb the infra-red and ultra violet rays that are able to penetrate the clouds. This means that they will still deliver energy even under diffuse lighting conditions.

How much current will they produce on cloudy days?

The question is not: do solar panels work on a cloudy day, but rather how well do they work. On an overcast day, solar panels can still produce up to around a third of their rated output. Naturally this will vary depending on the density of the cloud cover that day and the type of panel.

Some are specifically designed to absorb the wave lengths that penetrate the clouds. This makes them more popular in very cloudy regions. Ask your solar company what type of panel is best for your region.

Some favor the new “thin film” panels which perform well in cloudy conditions. They are cheaper and more aesthetically appealing than traditional crystalline panels. However, they are not nearly as efficient in bright conditions. One needs to take all one’s options into account before deciding.

What happens to solar panels when it’s raining?

In addition to asking: do solar panels work on a cloudy day, what about on rainy days? Much that has been said about cloudy weather also applies to rainy days. The one big difference is that rain can actually be very beneficial for your energy output! The rain washes and cleans the dust, pollen and leaves off your panels. This in turn greatly improving efficiency when the sun shines again. Clean panels turn out the most electricity!

The panels are built to be extremely strong. They will withstand virtually anything that the weather is likely to throw at them. So, wind, rain and even hail are very unlikely to cause any damage. Extremely large hail stones may cause damage, but these are rare, and are just as likely to damage your roof.

What about snowy winter weather?

The worst snowy weather in the US rarely lasts for more than a three-month period. If snow settles and collects on your panels, it will inhibit the production of power. For this reason, panels are installed at an angle which allows the snow to naturally slide off. When the sun comes out, excess settled snow will melt and run off on its own.

In extreme cases you may have to take steps to sweep the snow off. There are professional companies that will do it for you. Panels are also designed to take weight and are strong enough to handle even heavy falls of snow.

How well do panels function in cold clear weather?

We’ve asked: do solar panels work on a cloudy day in the summer. We haven’t considered though how temperature affects them. Interestingly enough, cold weather promotes efficient functioning, so they will produce well during the clear winter days. Remember, it is light not heat that produces electricity in the photovoltaic cells. The main issue in the winter is the shorter daylight hours, which will mean that the amount of power produced in a day is less than in the summer months.

Where does the unused electricity go?

During the bright, clear, sunny days your panels will be producing at full capacity. What about the hours during the day when you are not at home and your appliances are not working? Your panels are still producing electricity, so where does the excess go?

Over the average year with its many days of sunlight, you will be producing much more energy than you need. While you can’t store any unused power, you can ‘bank’ it. You do this by exporting it back to the grid, this is called Net Metering.

What exactly is Net Metering and how does it work for me?

Net metering is the mechanism whereby you can export this surplus power back into the grid. In return your utility company will credit your account with this amount. So, if your home is net metered, your utility bills will actually be running in reverse at these times! The result is that your future electricity bills will be reduced accordingly.

As we’ve explained, your panels only produce power during the hours of sunlight. At night you will still be drawing your power from the commercial grid. On cloudy days when production may not fully meet your needs, you will also draw from the grid.

This is where net metering plays such a big role, by covering these costs.

The wider benefit of net metering

By exporting current back into the commercial grid, you are also helping reduce the overall load. This in turn increases the efficiency of the grid. It smooths the peaks in demand and additionally alleviates the cost of transporting energy over long distances.

It also has the ripple effect of increasing the demand for solar systems, which in turn creates jobs in the solar industry. Ultimately it benefits the economy of the country as a whole.