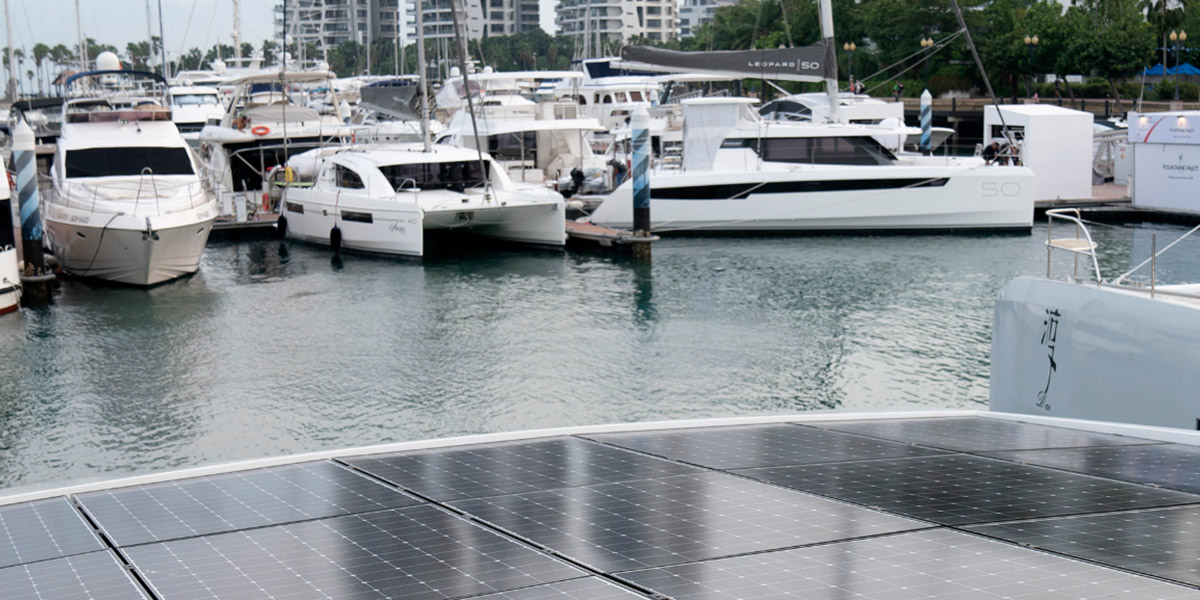 Back in 2013, Elon Musk unveiled the idea of the Hyperloop — an ultra high-speed transit system to significantly cut down travel times between major cities. According to him, Hyperloop will take just 30 minutes — instead of several hours — for a trip from LA to San Francisco.

Musk envisioned Hyperloop as a potential fifth mode of transportation — after cars, trains, planes, and boats — in order to carry people or freight through the use of self-propelled pods. Because the pods are built in low-pressure vacuum tubes, they avoid the lag from air resistance and are pushed at speeds greater than 700 miles per hour, providing a fast, comfortable, and efficient means of transport.

The vision behind Hyperloop is impressive: offering people a way to travel long distances that is not just fast but clean— unlike traveling by airplanes, which is highly polluting.

A prototype of the Hyperloop train, powered by solar energy. Image source: CNN

The train tunnels would be outfitted with “bendable solar panel skin modules” to produce power for Hyperloop and its interactive information boards. Additional energy would come from bladeless wind turbine forests built alongside the tunnel.

It will take at least a decade for the concept to become a reality, but companies have already started to explore all the possibilities surrounding it.

In 2016, the Solar Impulse 2, an aircraft powered by the sun, circumnavigated the globe — without using any fuel.

The plane, which is powered by over 17,000 solar cells mounted on its wings, crossed both the Pacific and Atlantic oceans without a drop of fuel. The plane’s solo pilot, Bertrand Piccard, reached 29,000 feet during the day and glided back to 5,000 feet at night.

This is what Piccard had to say about solar innovation:

“These technologies now can make the world much better and we have to use them, not only for the environment, but also because they are profitable and create jobs.”

After the success of Solar Impulse 2, a solar-powered HAPS (high altitude pseudo satellite), the Zephyr-S built by Airbus, completed a flight that lasted for 25 days, 23 hours, and 57 minutes. A larger version of this — the Zephyr-T — is currently under development.

Sophie Thomas, Program Head of Zephyr, explains how Zephyr aircrafts can revolutionize the ways in which humanitarian, defense, and environmental missions are executed. According to Thomas, Zephyr has the capability to alert authorities about forest fires and the speed at which they are spreading. It can also ensure that soldiers, fighting in mountainous or hilly terrain, can communicate effectively.

The company also affirms that no runway is required to launch the Zephyr airplanes — all that is needed is a large flat area and some space (approximately 20 feet) for a ground control station.

Here’s a glimpse into the future of aviation:

Solar electric vehicles were once thought of as a pipe dream in the auto industry. However, recent technological advancements have broadened the industry’s horizons, and we’re now seeing many different brands launch cars that incorporate the use of solar.

For instance, Hyundai recently announced a new version of the solar-powered car, the Sonata Hybrid, for the North American market. Though not yet available, the model features rooftop solar panels which, Hyundai claims, boost the car’s fuel efficiency, support its electric power source, and reduce carbon dioxide emissions.

It’s been noted that the solar roof won’t add more than 2 miles per day in range, but we think Hyundai deserves kudos for taking the first step in incorporating solar into a mass-produced vehicle.

Sono Motors took the idea even further, by embedding invisible solar cells onto the doors and hood of the all-new Sion. The solar cells are hidden by a special colored coating. “The color possibilities are almost endless,” says Dr. Martin Heinrich, head of PV for Mobility at Fraunhofer ISE.

The Sion, with 248 solar cells integrated into its body and a 35 kWh battery capacity, boasts a driving range of approximately 155 miles on a single charge.

Another company, Lightyear, announced the debut of its solar electric vehicle (EV) — Lightyear One, with the ability to drive up to 497 miles on a single charge. The company also affirms that with its fast charging capability, Lightyear One can charge up to 354 miles of energy in as little as an hour.

The market for solar-powered vehicles is not limited to these options – in fact, the industry is growing exponentially, through new designs and advanced technologies.

Imagine a yacht that runs not on fuel but solely on solar power— makes no noise, emits no fumes, has unlimited miles of range, minimal vibration, and is virtually maintenance-free.

According to the manufacturer, the Silent 55 yacht has got it all, and much more: 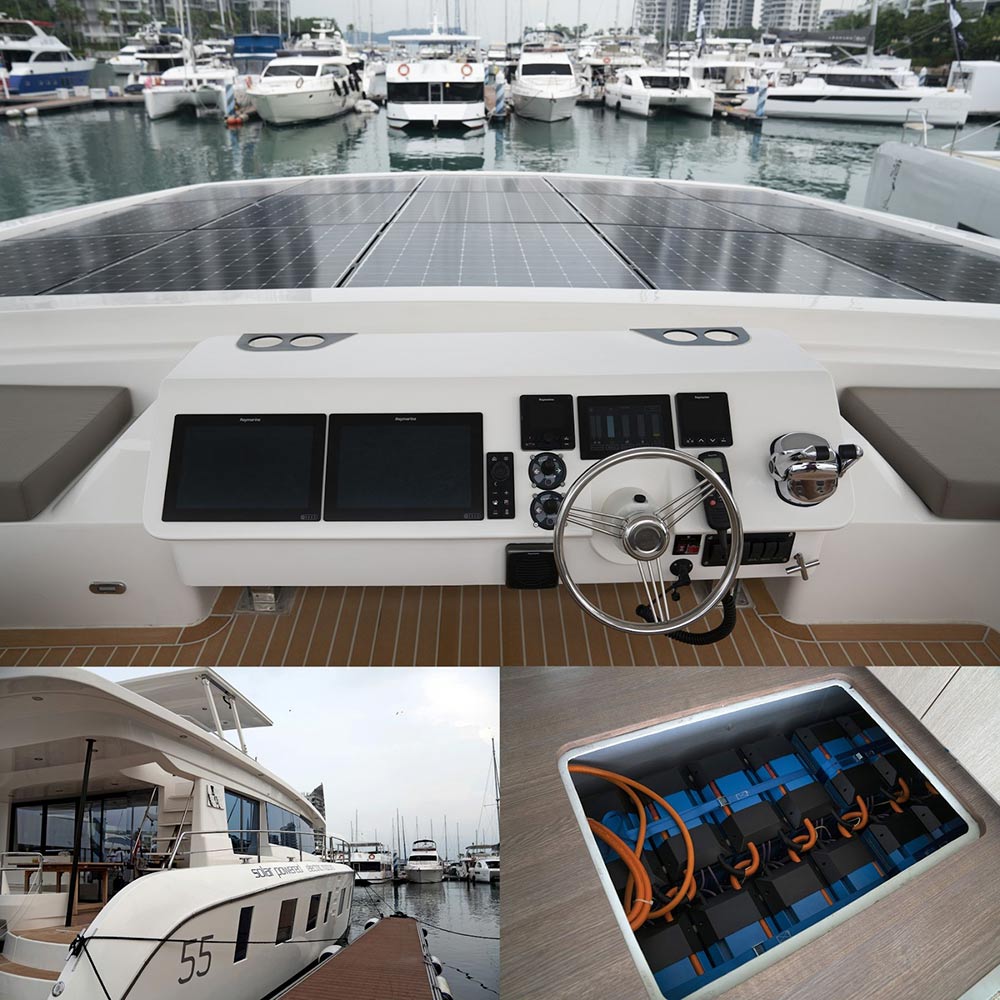 The yacht contains 30 high-efficiency solar panels, lithium batteries, and maximum power point tracking (MPPT) solar charge regulators. The manufacturer claims that there is enough power, plus storage, for the yacht to sail all night – non-stop. It also has a 15-kVA inverter to power all the electrical appliances, including a powered aft swim platform and a 1,500-watt electric windlass.

Here’s what Michael Köhler, Silent-Yachts founder and CEO has to say about it:

“What this represents to the yachtsman, among other features, is the ability to cruise for many hours at normal speed and throughout the entire day and evening at reduced speed. Silent-Yachts sets the standard for an entirely new feeling in yachting: No fuel. No maintenance. Pure solar-powered luxury.”