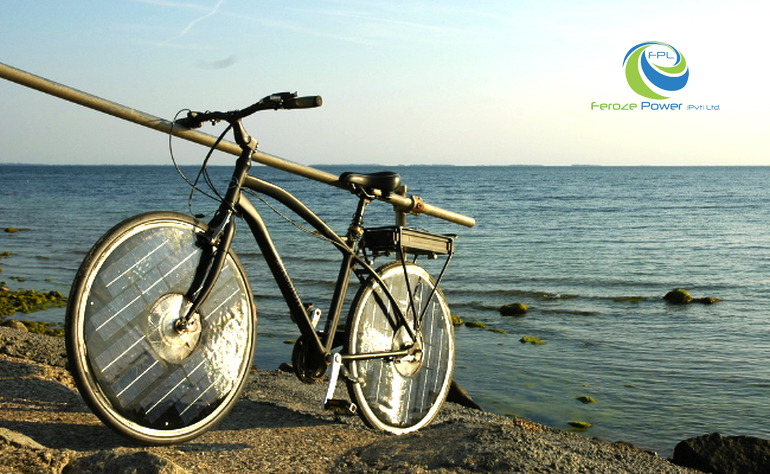 What would life be like if most of the things we use were solar powered? We would definitely have a much more sustainable world.

For now, this is not a reality yet. However, over the years, different researchers and inventors have been working to develop new, cleaner technologies that go beyond the conventional.

We have separated some of these renewable inventions from the sun’s energy. The list goes from a USB cooler to a boat that can reach 127 horsepower.

Have you ever imagined a cool box that doesn’t need ice and has a USB port for charging phones? The Solar Cooler is a device powered by the sun that can cool down to -10º C. The temperature reached allows the manufacture of ice cubes. The invention of US engineer Ryan McGann has a capacity of 40 liters and, according to him, could be used to transport vaccines.

If pedaling is already eco-friendly, imagine a solar-powered bicycle. Solar Bike is a means of electric transport and can be recharged in sunny locations while it is stationary. The invention of the Danish Jesper Frausig reaches 30 mph speed and can travel about 70 km when fully charged.

Camping is an activity that gets us in touch with nature. Now imagine doing this in a solar powered tent! Concept Tent is a UK-based company that uses photovoltaic cells in its fabric to generate lighting, heat and recharge mobile devices. The invention also allows wireless internet access and has a location system that, when activated, makes it shine.

Have you heard of “standing” solar power? In Serbia, a group of students created public chargers that use solar panels for electricity generation and resembling a tree. Strawberry Tree also has wireless internet, USB ports and cables for charging mobile devices. Have you ever imagined finding one of these on the street when your phone was discharging?

Have you ever imagined a ride around the world on a solar powered aircraft? That’s what Solar Impulse 2 did last year. He traveled about 40,000 kilometers to disseminate reusable energy. The plane weighs 2.3 tons and can stay in the air with the help of 17,000 solar cells.

This is Planet Solar, a solar-powered boat that can reach 127 horsepower (93.5 kW). Designed by New Zealander Loomes Craig and built in Germany, it features removable solar panels and battery, allowing the boat to sail without direct sunstroke.

Liked?  This level of technology and sustainability (not to mention economy) can also come to your home. You can adopt your own solar generator and start producing your own energy with #FPL.